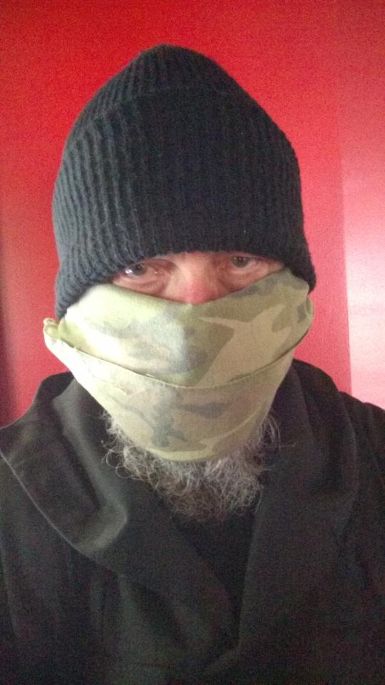 We’ll just retrace our steps and try to find your mommy, Ashley said.

Nobody saw me free your relatives so the police won’t be looking for us, Ashley said. Your mom and her friends looked like one of those buffalo stampedes in an old cowboy movie. I was like, yeah, you go pigs, I was so excited.

Now, where would I go if I was a big mama pig on the run? I just don’t know. Where did your mommy go, little Piggg?

Piggg looked up with those big soft eyes in the center of her fuzzy egg-shaped face that framed her thick, pink snout.

Ashley planned to go the end of the Earth if need be to find Piggg’s mother. Even after giving Gina her dead father’s pizza empire, Ashley had more money than she knew what to do with. One day, she promised herself, she’d buy a piece of land on the West Coast and live happily ever after.

As soon as the billboard came into view, Ashley screamed as they sped by the broken-down, hand-painted, hand-made sign stuck in the bushes alongside the highway.

Ashley made the turn on two wheels.

Adam and Eve sat stoned on the porch smoking a joint when Ashley pulled up. Sleeping in a refrigerator-sized mud puddle under the porch, Bess raised her head. As soon as she heard her missing piglet snort, she jumped and reared up. A couple hundred pounds of swine mother love lifted the loose plank on which Adam’s rocking chair sat and heaved him off the chair and off the porch. With Bess’ full heft behind her, she also launched Eve, skinny as she was, off the porch and into the air like a thin tomato stake gone airborne during a tornado. Landing face-forward in respective mud puddles, Adam and Eve recovered without any fuss and quickly sat up bowed but not even close to broken. Adam still clutched the joint between his lips.

Don’t bogart that joint, my friend, Eve said, pass it over to me.

Adam and Eve fell into fits of laughter that made Ashley laugh, too.

Piggg scampered out the psychedelic bus window and landed with a dull thud in the soft mud, right at home in the slop that greeted her as Bess ran to her little porker’s side. Snuggled and nuzzling, Bess and Piggg settled in and wallowed, waiting to be fed because that’s what all good pigs do.

That was too easy, Ashley said.

The chimpanzee opened the screen door, strolled onto the porch and lit a Marlboro. Inhaling deeply, he blew smoke rings into the air and tapped ash on the rotting wooden floorboards. In the front yard, the young one-tusked elephant blew a trumpet-like blast from her trunk and held the note like an aspiring star in a local high school orchestra. The balding circus lion yawned. The tiger losing his stripes faded into the background and the three anxious ducks from a bankrupt Peking acrobatic troupe did somersaults across the junkyard-like front yard, showing off for the new arrivals.

Eve held up the joint.

You want a toke, honey?

Yeah, we’re trying to get the monkey to quit but we do love our weed, Adam said.

Eating organic edibles are much better for you than inhaling chemicals into your lungs, Ashley said.

Reaching into the glove compartment she pulled out a rainbow-colored box and opened the lid. Inside, a stash of multi-colored cannabis gummy bears danced in the sun. Adam swore he heard the baby bears giggle.

Under the porch Bessie and Piggg snuggled even closer.

After a sumptuous dinner of watermelon, corn on the cob and fat homegrown tomatoes, Adam and Eve, Ashley and the marvelous menagerie settled in for story time to get Piggg ready for bed.

Ashley told the magical mystical tale: Once upon a time there was a traveling circus with beautiful animals and a nice freaky couple who cared for them. They got tired of Iowa and wanted to live in paradise so they met a runaway princess who one day just appeared out of nowhere, bought a used circus train, replaced the rusty wheels with new rubber truck tires and drove west on the highway in a caravan to the far western edge of America.

At the very end of the road they found a powerful and bewitching land by the ocean ruled by a great spirit who laughed a hearty laugh and spread peace and dignity throughout the coast. Mamma Osa grew artichokes, strawberries and lemons. She raised chickens and cooked clam chowder. She even built a bar in the garage called the White House where she hosted holiday parties for psychics and seers to congregate, drink brews and potions and plan a new world for tomorrow. Mamma Osa welcomed the princess, the joyous animals and Adam and Eve, You finally made it back to the garden, she said. And they all lived happily ever after.

That bar sounds like a true temple for the people, Adam said.

Does such a halcyon garden really exist?

Adam ran into the house. Within seconds he emerged wearing a pointy wizard hat. Waving his arms like a gooney bird, he began to do what he called his diviner dance. The monkey butted his cigarette and joined in the celestial boogie. Quickly out of breath, Adam put on a serious face and asked the most colossal question of his life.

When can we leave?

As soon as we find a circus train, Ashley said.

California here we come, she said.