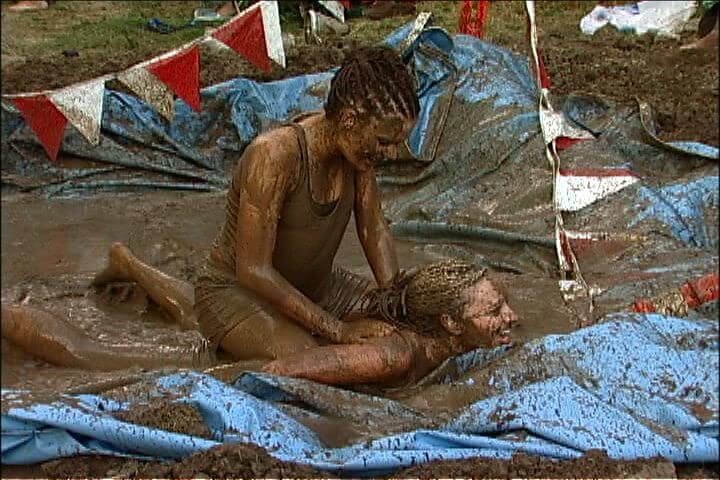 For a split second I thought you guys were the cops.

Clancy, Big Bob’s Irish Setter, came bounding down the front steps, tripping over his paws and somersaulting into the drive-way.

Graceful as ever, Vic said.

That got old fast, Vic said.

And I see you shaved the Hitler moustache, Buck.

Spotless in the sunshine, the garage freshly converted into an illegal bistro gleamed.

You two tend bar. I’m the chef and official host. Clancy’s working security. We stay open all night. See if the cops show up. If so, we video everything, refuse to close, demand to talk to our attorneys and call the TV stations.

We even got an attorney?

Buck went behind the bar and filled a 16 oz. red Solo cup from a freshly tapped beer keg.

Under the First Amendment it’s your right as an American, Big Bob said.

Alerted to the 2005 Nissan Frontier pickup pulling into the drive-way by the sound of fireworks the guys piled in the back shot into the sky, Big Bob stepped into the street.

Can I help you boys?

Booze, said a man lighting and aiming a Roman candle.

By 10 p.m. Big Bob had run out of coyote meat steaks and burgers. Drunks were fighting and sleeping all over the front lawn. A four woman tag-team mud wrestling match entertained a boisterous crowd around the hole the wrestlers dug in the back yard and filled with water from Big Bob’s hose.

Flashing blue and red lights coming up the street caught his eye. Lt. Smith and Capt. Jones from the penitentiary pulled up, parked and stepped out of the official prison vehicle.

Figured you might need more of a law enforcement presence to protect your investment, Capt. Jones said.

Smith, wearing an Iron Cross pin on his uniform shirt fired off a straight-armed salute.

Everybody laughed and responded in kind.

The salute’s like the Boy Scout handshake, Buck said.

From all outward appearances, Big Bob forgave Capt. Jones for getting Betsy drunk and taking her to the movies when Betsy had just moved in with him. Deep inside, though, he seethed trying to control his anger and humiliation at the affront. Nervous and a little intimidated, Big Bob faced his nemesis.

You said more of a law enforcement presence. What do you mean more?

The action seemed more popular than the coyote chili.

The tag team on the left double-teamed the wrestler from the tag team on the right. She stretched out face-down in the mud, struggling for breath and spitting muck whenever she could turn her head. Each time she turned, though, the biggest of the tag team member on the left kicked her in the chin with a black construction boot. The remaining tag team member on the right prepared for the coup de grace by raising a folding chair over her head and bringing it down on the tag team on the left, a twofer you could hear a block away when the metal chair banged against their skulls. Scurrying to her feet like a hungry sewer rat, the victim leaped into the air and landed with both feet on her torturer’s shoulders with such raw force it made the fresh Grim Reaper tattoo on the back of her neck ooze.

Yeah, we see them, so what?

We figured you might need us to protect you from them, Capt. Jones said.