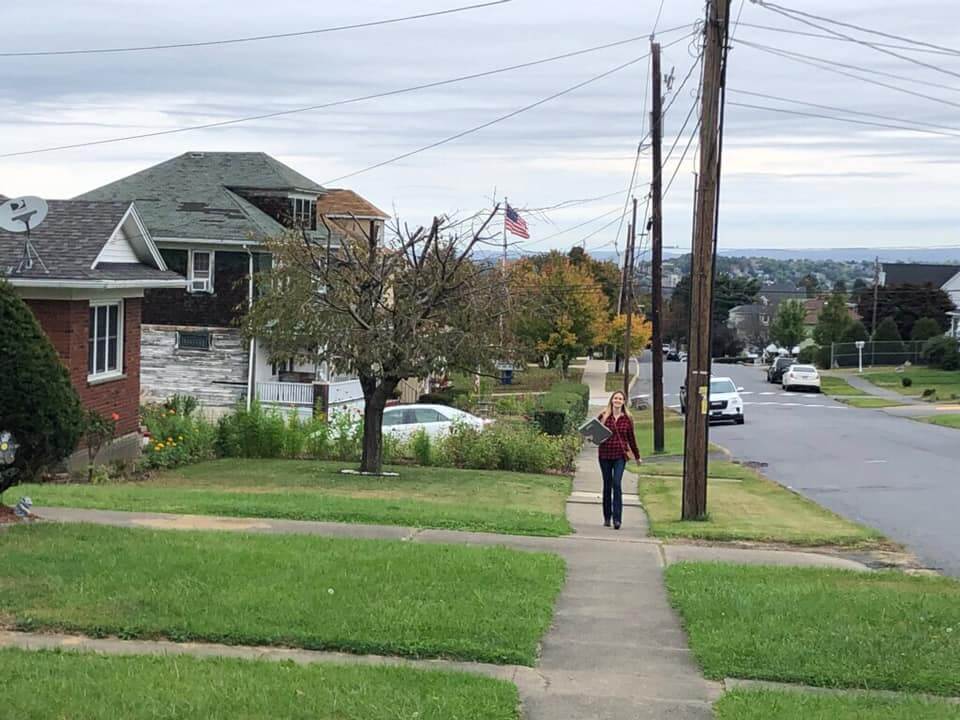 “So who’s the next Scranton mayor?”

“Sure she is. She lives here. Moved here to be here. She and her husband will raise their family here. She’s more from here than you’re from here.”

“What’s that supposed to mean?”

“She’s enlisted in the tireless here and now effort we need to face our city’s challenges rather than reliving the bad old days over and over again.”

“That’s a definition of insanity, right?”

“How’s she gonna be mayor if she’s pregnant?”

“The same way a man serves as mayor only better.”

“Scranton never had a woman mayor.”

“Maybe that’s why our last elected mayor is a crook headed to federal prison, the current appointed mayor is too timid to call the cops about what sure looks like state and federal theft of city funds and city political bosses anointed a stuffy hand-picked company man to run as the endorsed Democrat in the Nov. 5 mayoral election.”

“So what if the boss picked a patronage pal? That’s Scranton politics, business as usual, the way it’s always been done around here.”

“Yeah, we’ll this Paige isn’t even a Democrat.”

“She was a better Democrat than all these good old boy party lackeys put together until they forced her to switch to independent to get on the ballot.”

“Standing up to that pack takes guts.”

“Guts and brains. Paige has the courage to take on the corrupt politicians who keep Scranton looking backward rather than forward. She’s smart enough to beat them at their own game. They can’t scare her or buy her.”

“Yeah, the boys’ club doesn’t take care of anybody but their own.”

“Paige is one of us – the good citizen majority who care about honest public service.”

“So she’s willing to fight?”

“Then she is from here.”