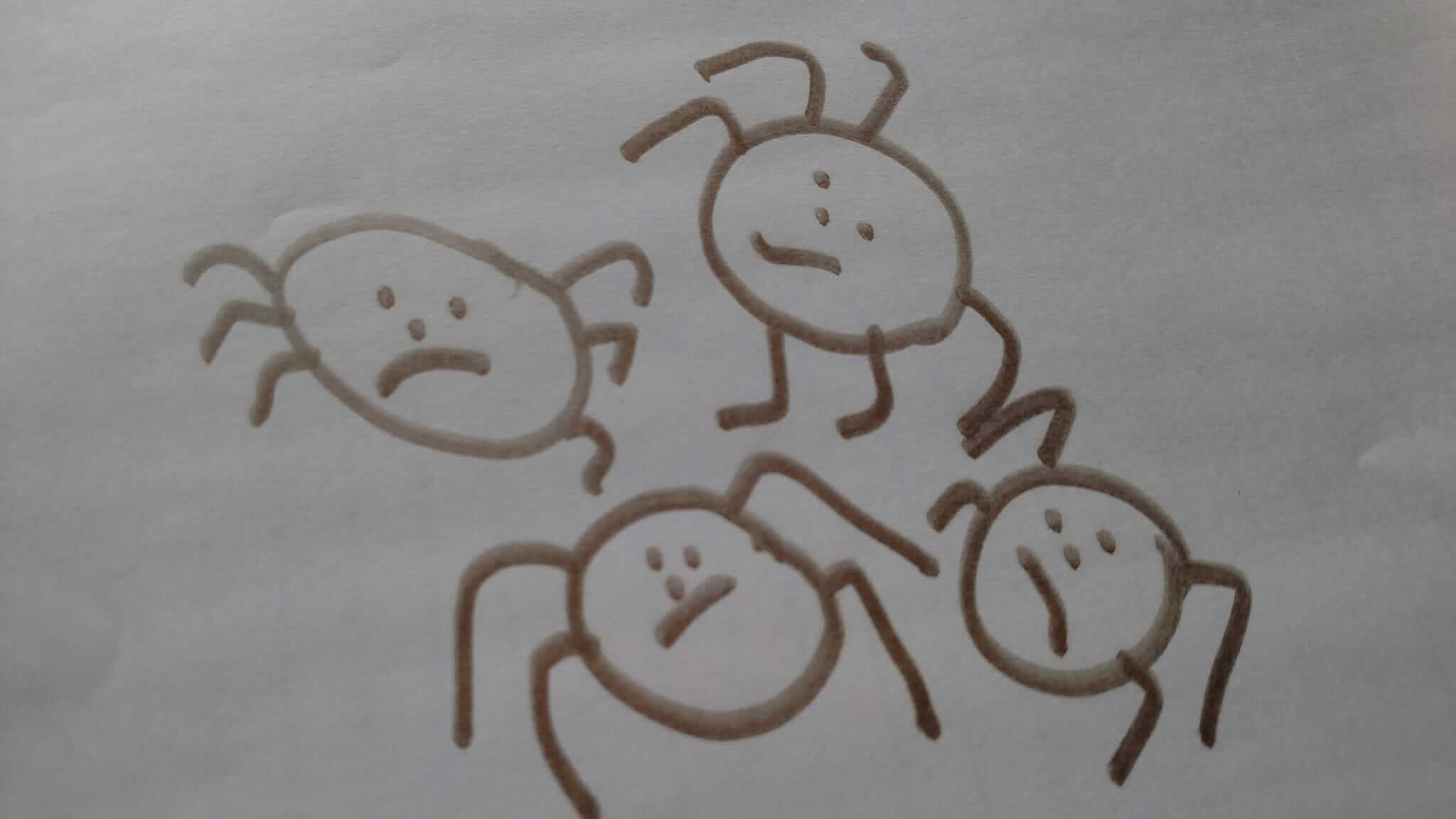 “I’m getting bad as the president,” Justin said.

Lisa looked up from the sink where she struggled to scrub barbecue shredded pork grease from the supper dishes.

“No I mean the president’s a germaphobe. So’s Biden from what I hear. Can’t say I blame either one.”

“Oh, honey, you just got back from your yearly doctor’s checkup, that’s all.”

“No, it’s worse than that,” Justin said.

Watching her now he noticed she only used one squirt of lemon dishwashing liquid on the sponge. He would have used three or four, maybe. And he wouldn’t use the fruit-scented stuff. He’d use some kind of extra strength bleach-based detergent or one with ammonia in it if you could buy such a thing. He wouldn’t use a sponge, either. You might as well scrub germs off your dinner plates with a petri dish loaded with Escherichia coli bubbles.

Stopping in mid-scrape, Lisa scrunched a puzzled look on her face.

Embarrassed, Lisa wasn’t sure what to say.

Turning abruptly, Justin stormed into the bathroom to wash his hands. Pulling down and using four squares of toilet paper to touch the faucets for the right blend of hot and cold water, he worried about picking up the bar of soap that lay in a glass dish shaped like a seashell Lisa bought at a Gen X hipster shop downtown. Spotting the quarter-inch mud smear, he knew Lisa must have last washed her hands after gardening that afternoon and contaminated the Dove with a streak of real outdoor germ-infested backyard dirt. Without turning off the water he bolted back into the kitchen where he caught Lisa off guard while she wiped her hands on the dishtowel.

“You’re doing this on purpose, aren’t you?”

Before she could ask if he lost his mind, Justin was back in the bathroom, this time locking the door behind him. Justin’s condition didn’t happen overnight. For the past few weeks he felt germs looking at him, crawling on his arms during the day, sometimes walking on his legs in the morning or when they woke him up at night sashaying up and down his back like fashion models on the runway. Germs looking at him bothered him the most because they could see him but he couldn’t see them. It was only a matter of time before he encountered one face-to-face in the living room while he was watching the Discovery Channel on television.

Lisa’s light tap on the door startled him.

Checking his watch he knew he’d been in the bathroom a long time. Turns out 20 minutes had passed from the time he first sensed germs on the bar of soap and Lisa‘s halting knock.

“You’re starting to worry me,” she said. “At least unlock the door.”

As he was turning the lock he saw a germ the size of a pepper fleck wearing what looked like a crewcut jump off the wall before it disappeared behind the shower curtain. In a panic Justin looked under the sink for the plunger. He had to fight back. Facing the shower curtain, his left leg began to shake. His fingers trembled. Tightening his grip on the plunger, with one hand he tore open the curtain, ripping it from several plastic rings. Jumping onto the edge of the tub he raised the plunger.

There they were, about 12 more germs, round buggers with legs, beady eyes and vicious scowls, hanging out by the drain mocking him like an outlaw motorcycle club taunting a weak potential victim while pounding down beers at a bucket-of -blood hillbilly bar. Backing up, Justin opened the door and eased slow motion into the hall.

Lisa met him with a lemon sponge cake in her hands.

“Surprise,” she said. “Your favorite dessert.”

Justin raised the plunger over his head.

Lisa held up the cake like a battle shield.

“Lemon, huh? Like the dishwashing liquid? Sponge cake, Lisa? Like a homemade treat designed for culturing bacteria and other microorganisms? Do you have any pathogen loaded botulism whipped cream to go with it?”

Justin was still holding the plunger when police pulled up beside him at midnight parked outside the high school where he graduated in 1982 and taught biology for the past 30 years.

“Breaking into the chemistry lab.”

“What did you do that for?”

“I needed to cook up an antidote for the pestilence.”

“You mean the pandemic?”

“Yeah that’s getting to everybody,” the cop said.

“I mixed a batch of antitoxin to kill germs,” Justin said.

“Think it will work?”

“Somebody’s got to try,” Justin said.

“There you go, Mr. Good Citizen. More people need to get involved in their communities,” the cop said. “Make it like the America we grew up in.”

Justin sensed an ally and went for broke.

“Is there a chance you have an extra pair of them gloves you’re wearing?”

“Always” the cop said. “I wear the disposables because I don’t want to touch the criminals when I yank them out of the car. You never know what you might catch.”

The cop peeled off the throwaway gloves.

“You can have these if you give me a jar of that bug neutralizer cure,” he said.

“You got yourself a deal, partner,” Justin said.

When the cop snapped a salute and pulled away, Justin drank from the magic potion that would protect him in a world full of germs. You can’t be too careful. Justin put on the gloves. Watching the cop disappear in the rearview mirror Justin felt safe from germs for the first time all day.

Say what you will about police brutality, in this case at least somebody understood.

Lisa would just have to get her own damn gloves.